In 2018, deaths associated with opioids fell for the first time in 25 years. However, that relief was short lived, as in 2019, it rose to record high numbers, 72,000 people in the US alone. And in 2020, this Coronavirus epidemic is making everything that much more complicated.

That said, many researchers have claimed that the deaths have been rising long before the virus started.

“Covid just makes it a bit worse,” said Dr. Dan Ciccarone, a professor of medicine at the University of California. “It's a small wave riding on top of a tsunami that continues to devastate.”

But it is important to connect the virus to the rise due to the impact it has had on people’s mental health. The anxiety, loss of income, and inability to go anywhere due to lock downs have made many turn to drugs in order to cope.

Many of the drugs in question are from both nature as well as synthetic opioids. This includes fentanyl, cocaine, and heroin, among others.

Drug overdoses have killed more people than AIDS or car accidents, and is having a negative effect on the overall life expectancy in the US. 2020 is set to be far worse due to the current pandemic.

Compared to recent records, 2020 so far is already up by about 13%, which is one of the largest rises of drug-related deaths in recent history.

While some states have seen little to no change, some others have seen a huge spike. South Dakota, for instance, saw a 53% increase in the number of people dying in 2019, with second place going to North Dakota at 31%.

"It seems that 2019 is the new high for drug overdose deaths," said Bob Anderson, who is the chief of mortality statistics at the CDC. "Data are still provisional at this point, but the increase in the last few months of 2019 was steep enough to push it over the top by a little more than two hundred deaths."

The White House has bragged about it’s role in the decrease of these numbers, claiming them to be a part of efforts to increase addiction treatment access for people. But with that said, the current administration has also fought against efforts to make these treatments free and accessible for those with a low income.

Many people become addicted to opioids after being prescribed them by their doctors. According to DrugAbuse.org, 80% of heroin users became addicted to the drug as a result of prescription opioid use. This would help explain why the most common drug blamed in opioid-related deaths is Fentanyl at 37,137 deaths.

Fentanyl has become a serious issue in many parts of the US as people are starting to use it to replace heroin and other opioids. This is mainly because fentanyl, which is a synthetic opioid, is 50-100 times more powerful than more natural opioids like heroin.

It will be vital to keep an eye on the numbers and focus on ways to help people combat these addictions. Stopping the over-prescription of opioids would make it far less likely for them to be abused. And it will also be important to punish the doctors and suppliers who have made the most money from their harm.

Chiropractors, are you looking for answers in this time of great uncertainty? CLICK HERE or follow us on YouTube to find out how our approach is helping chiropractors recover their practices and grow. We’ll work with you to open up new opportunities for your patients, your practice, and YOU! 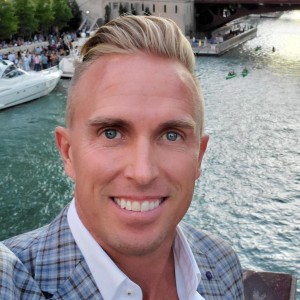